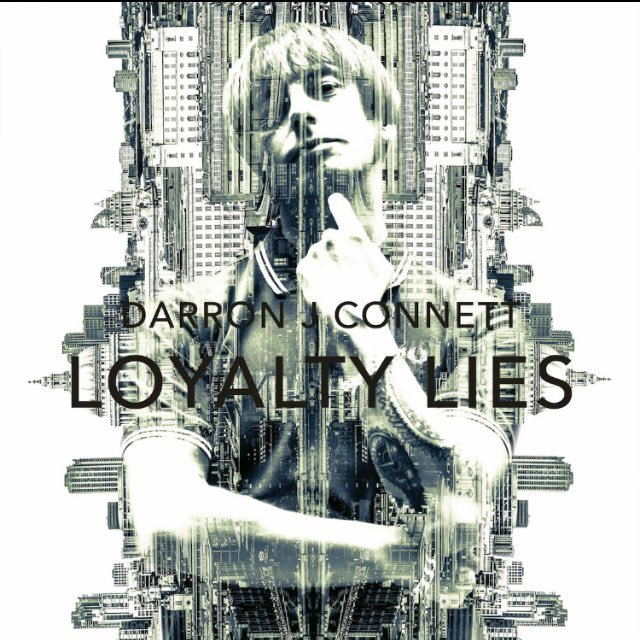 Having originally launched his career as a solo artist, the former Last of the Troubadours and Black Noir frontman, Darron J Connett, is finally going solo again.

September 2017 saw the release of Darron J Connett’s debut solo album, LOYALTY LIES. Having previously released singles as a solo artist including ‘Just a Boy’ and ‘Soul Clean’, Darron J Connett was drawn into bands along the way like CONNETT, The Last of the Troubadours and Black Noire – all successful in their own right… but now it’s his time to fulfil his lifetime ambition to go it alone.

We caught up with the man behind the music to find out more about his debut solo album, his influences and his key advice for anyone looking to embark on a career within the music industry.

This your debut solo album. Where did the name ‘LOYALTY LIES’ come from… and where does your loyalty lie?
Yes, this is my first official debut solo album. Produced by Phil Sorrell with Paul Hancock, Manuel Perazzoli and Izzy Sorrell from the Caretaker studio band. It was a pleasure to work with such a great bunch of people. I was looking for a title that had a double meaning, LOYALTY is my favourite human trait and dishonesty is my least favourite so that’s where the LIES bit comes in. It’s all about integrity, you can’t say you have it when it’s quite clear you haven’t – it’s just air, talk is cheap. I’ve been let down by people I thought had my back over the years, it’s not nice but that’s humans for you – they take what they want and off they trot. Not everyone, obviously, but we’ve all experienced something like that I’m sure.  LOYALTY LIES also has the other meaning of ‘show me where your loyalty lies’. Some people are saying it’s a Brexit reference, it’s not but it can be as it’s art, and you can take what you want out of it.

What do you think listeners are going to take from the album?
The album is about life, about people, everyone can take something from it. It’s a universal and conceptual album in the sense that all the songs are connected, it’ll be a great musical. I’ve worked hard writing it and making sure there’s no throwaway lyric or any filler songs. I think that comes through as everyone has a different favourite. Thankfully people are getting it as it’s been very well received, which is a lovely feeling as I’ve worked my bollocks off on this album to make sure it sounds like me and only me! I think artists lose their way by desperately trying to be someone else, but I‘ve never had that desire to replicate.

Who’s the dog taking pride of place on the CD artwork?
That’s Buddy, my American Bulldog! He’s my most loyal friend and companion. I treat him like a human child and he thinks he’s one of those fluffy toy breeds but in reality, he’s 8 stone of pure muscle and wouldn’t hurt a fly… unless I told him to haha! 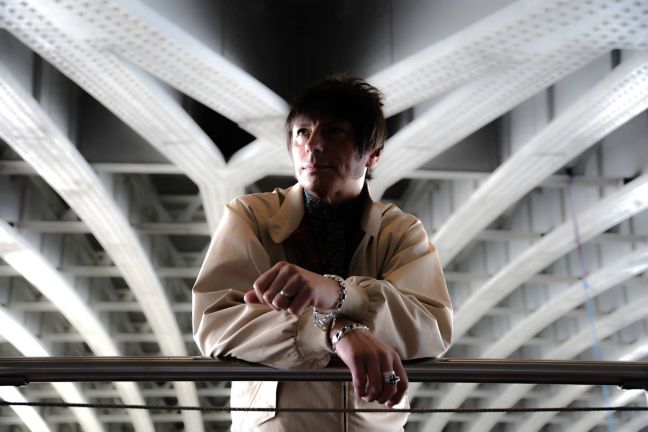 What were the biggest obstacles you encountered when launching your first album?
There are never obstacles, only things to learn by really. People are the only true obstacle. There are some real leeches out there who would sell their granny to be someone, but if you look and listen you can suss those out from miles, but it takes time to recognise. I’ve seen people with nothing or very little to give in a creative way but they’ve sucked on to someone else’s talent and bang they’re away! That doesn’t make them real, they’ll always be fakes, regardless.

Who are your musical and non-musical influences?
My music influences are vast & wide from all genres, along with all the usual suspects like Paul Weller, The Who, The Beatles and Oasis. But I’m really drawn to the outsiders like Robert Wyatt, Nick Drake and Scott Walker. In truth, apart from thrash metal, I can find something great in everything. As a musician and songwriter that’s important to me.

What is your outlook on the current music industry?
It’s the same as most musicians, it’s there purely to make a quick buck hence why the singers in the charts and on commercial radio all sound the same! It’s selling candy to the kids and it’s always had that element. I get it but I no longer look to it for guidance or inspiration.  I put my latest record out on Norrad Records, which is my label and I’m the person blowing behind it like a paper boat in the rapids.  Sure, if there were more money and marketing behind it, it would be able to reach more people and that’s the only benefit I can see to them now. I’m a cottage industry, proper indie.

What advice would you give to anyone thinking about launching a music career?
Don’t say “No” to anything because it all leads on to something else. Make sure there’s a plan behind the dream and work hard. Oh, and don’t be a cock – it never goes unnoticed!

Where and what influences your style, clothes and image?
Style wise, I’m influenced by many. Obviously, I love the Mod look but not all of it. I understand it’s a broad-church and I respect that, each to their own. I’m not a lover of fashion, more staple style pieces that I think every man should have in their wardrobe. The G9 Harrington by Baracuta, a classic Fred Perry polo shirt or a nice pair of oxblood loafers. I like to mix it up with some more modern pieces from Pretty Green. Steve McQueen is always mentioned and if you look to him you won’t go far wrong. Hate to say it but a lot of my style heroes have let me down over the last few years. For some, there’s a sell-by date in the style department it seems.

What are your favourite clothing labels?
Love a G9 from Baracuta, Fred Perry and some Pretty Green, mainly their Black Label. Love Gama clothing for Ivy League-inspired sweatshirts. I love what Phix are doing at the moment and I love a good bit of vintage. I like to mix it up. Shoe wise, I’m very loyal to Delicious Junction I love those guys and what they do, that’s why I decided to create my own shoe with them called the CONNETT. It’s turned out amazing as far as I’m concerned.

I love other brands like Clarks Original, Adidas Originals for my trainers and G.H. Bass & Co for shoes. It’s all about quality and what you can afford. The Gabicci Vintage range is doing some great stuff, really wish they’d re-release some archive pieces from the 70s and 80s, that would be great!

Where would we find you on a night out?
Mainly London town watching a gig or hanging out with good people. I’m out watching comedy tonight actually, Rich Wilson’s show ‘Metamorphosis’, he’s funny as fuck!

What’s in store next and what does the future hold?
Considering I was thinking of calling it a day well before LOYALTY LIES, I’m now fully re-charged and can’t wait to go out gigging with it. I’m already getting ready for the next album too, I’ve got loads of ideas and a title already so that’s my next plan… 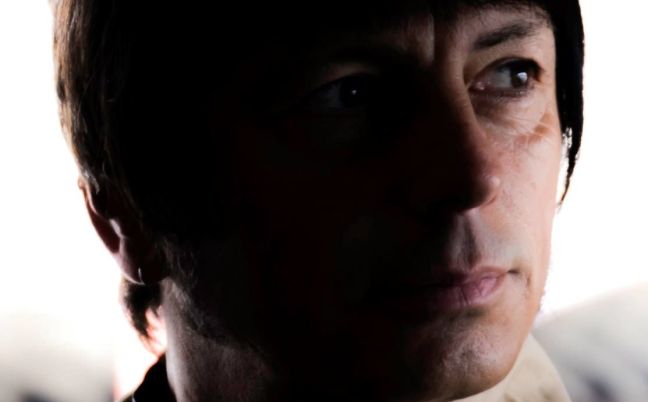